Estimated at almost $2tn in 2015, Islamic finance is often overlooked by development organisations as a potential source of funds 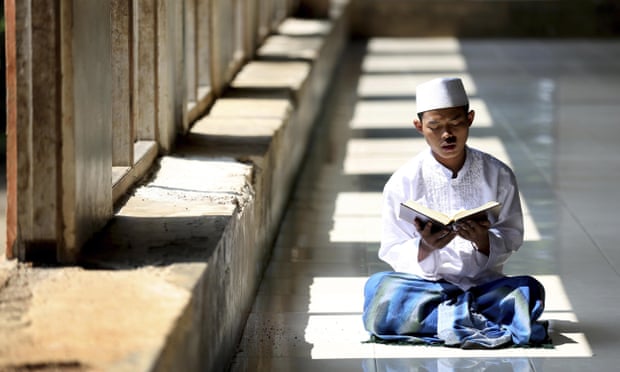 Usman, a fisherman in North Sumatra, used to have a rickety fishing boat that could only take him as far as the mouth of the river, just before it meets the sea. He could not catch enough to feed his family of five but last month, he was able to buy a new boat with the help of Islamic donations. Now he can sail further into the sea, he catches more fish and his income can pay for school fees and even some pocket money for his children. This is just one of countless examples of how zakat can improve livelihoods and reduce poverty worldwide.

For Muslims around the world, the month of Ramadan is a time of deep reflection, sacrifice and joyous family gatherings. It’s also a time when Muslims make donations known as zakat; the giver is believed to be purified through the act of transferring wealth to the poor. Zakat is also a powerful source of good with untapped potential for contributing to sustainable development in communities, such as the small fishing village in North Sumatra.

There are some striking commonalities between the sustainable development goals (SDGs) and zakat. In the Islamic faith, five foundational goals – known as Maqasid al Sharia – include the protection of faith, life, progeny, intellect and wealth. Much of the SDGs – goals to alleviate poverty and hunger, improve health, education and access to water and sanitation, reduce inequality and protect the environment – are reflected in these Islamic values.

As one of the five pillars of Islam, zakat is mandatory giving; all Muslims eligible to pay it must donate at least 2.5% of their accumulated wealth for the benefit of the poor, destitute and others – classified as mustahik. It is one of the largest forms of wealth transfer to the poor in existence.

But despite its tremendous potential for contributing to the SDGs, zakat organisations have been overlooked by development organisations as an influential partner and source of finance. Between $3tn and $5tn is estimated to be needed per year to achieve the goals, but current investment falls short at around $1.4tn. By working together with religious organisations, development bodies can fill the $2.5tn investment gap, while also promoting peace and development.

Roughly 22% of the world’s population is Muslim. Islamic finance, including zakat, was estimated at almost $2tn in 2015 [pdf] and is expected to surpass $3tn by 2020. In addition, between $200bn and $1tn is spent in the form of zakat [pdf] across the Muslim world annually.

Zakat is often channelled informally between individuals – a cash payment to an acquaintance in need, for example. Just a quarter of contributions are thought to be channelled through formal certified organisations. But there is growing recognition among Islamic organisations that giving to more intractable issues, such as poverty reduction, can reach more people, thus providing a more sustainable solution. Shifting the public mindset so that zakat is seen as a programme needing professional management for positive change, rather than simply charity, will enhance its development impact. These shifts could increase the development impact of zakat in African and Asian countries that have large Muslim populations and high levels of poverty and hunger.

As the fourth-most populous and the largest Muslim-majority country in the world, there is enormous potential in Indonesia for zakat to reduce poverty and inequality, and contribute to sustainable development. Some 28 million Indonesians live in poverty – 11% of the population – and a further 40% are vulnerable to falling into poverty, with incomes hovering just above the poverty line.

Many Indonesians regularly contribute zakat and it could comprise up to 3% of GDP, but 64% of adults in Indonesia do not have a bank account. Technological advances such as online banking and mobile money will make it easier for people to contribute zakat and for it to be distributed, while also improving the efficiency and effectiveness of the programme.

People also need to trust that zakat institutions will spend their money wisely. In return, institutions need to show that they are transparent and well governed by developing their capacity to collect revenues and through monitoring, reporting and evaluation. Greater emphasis on communicating development impact and contribution to SDGs is also important.

Zakat authorities and development organisations have enormous potential to work together to formalise these funds for sustainable development by:

Zakat organisations have much to learn about the SDGs, and development organisations have much to learn from Islamic finance principles. At a time when Islam is under fire in some quarters due to its association with violent extremism, it is important to look at what the Islamic faith means to believers and how it can contribute to a better society.