The broader context of the humanitarian crisis in the Lake Chad region, particularly in Borno State in the northeast of Nigeria, remains largely unknown to a Western audience, and in the media coverage it is mostly the stories about Boko Haram’s atrocities that are being told. 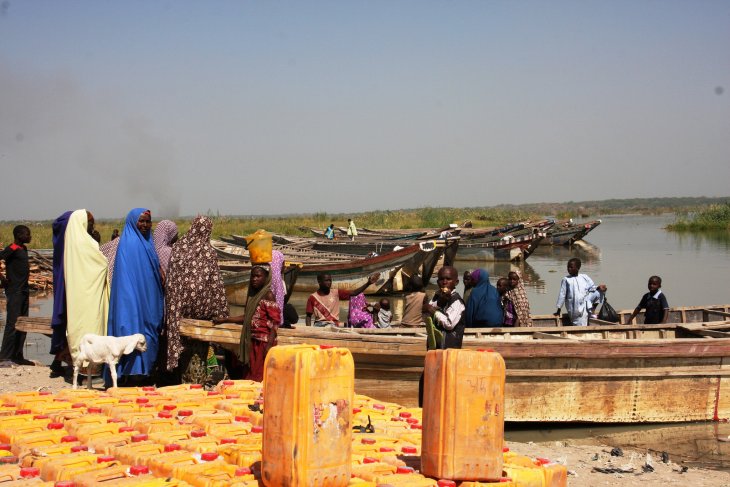 This was also the focus at the donor conference held in Oslo on February 24. Everybody condemned the jihadist group Boko Haram. But the decision-makers gathered in the cold Norwegian winter, worlds away from the heat of the Sahel’s dry season, made no mention of the share of responsibility of the anti-terrorism coalition formed by the armed forces of Nigeria, Chad, Niger, and Cameroon.

The troops on the ground, however, do perpetuate the humanitarian crisis and even hamper people’s resilience. Firstly, military operations have caused enormous damage among civilians. Most of the crisis-affected area is in north-eastern Nigeria, where Boko Haram’s insurgency started following police killings in June 2009.

Of the 33,000 deaths recorded in ten years of conflict by the NigeriaWatch database at the University of Ibadan, half were caused by jihadists while the other half were caused by security forces and government-sponsored militias, partly due to ill-treatments in prison.

According to Borno State officials, who understandably wish to remain anonymous, the army may have even killed two-thirds of the victims; because it is difficult to find out exactly what goes on in rural areas, their number is underestimated.

Indeed, the firepower of Nigerian troops is disproportionate compared to that of the insurgents, and their performance has not improved despite the election in March 2015 of a former military man as head of state.

This was illustrated recently by an “incident” that took place in Rann on January 17, during which the air force “mistakenly” bombed an IDP camp on the border of Cameroon and killed about one hundred people, about twenty of whom worked for the Red Cross.

Although this seems rather unlikely, the international community could also call for an investigation into the massacres perpetrated by troops of the antiterrorist coalition in Baga on April 22, 2013 or in Kerawa and Njimini on February 11, 2016.

Another factor perpetuating the humanitarian crisis is the fact that military authorities have established economic sanctions in order to dry up the sources of funding of Boko Haram fighters, who live off of plunder and predation because they are not subsidized by Daesh or al-Qaeda.

Consequently, farmers are no longer allowed to cultivate in the Diffa region in Niger, fishermen are banned from lake Chad, cattle breeders can no longer sell their livestock on the markets that have been closed in Nigeria, and traders are no longer allowed to cross borders, which have been turned into buffer zones and evacuated by their residents. Combined with the restrictions affecting the transportation and delivery of aid, these conditions prevent people from earning a livelihood.

Three out of four truckloads are sold on the black market

A third mechanism perpetuates the humanitarian crisis: aid diversion. Nigeria often ranks among the most corrupt countries in the world. Therefore, it seems only logical that aid would be diverted in much higher proportions than what has been revealed by ongoing investigations in Borno State and Abuja.

Witnesses interviewed on the ground say that three out of four truckloads are sold on the black market. Notwithstanding the usual denial of some aid agencies, this problem explains why some victims still suffer from high rates of malnutrition.

The diversion of food also explains why only an estimated 10% of displaced Nigerians have sought refuge in camps. African solidarity is often lauded, yet the reality is more prosaic: farmers would rather starve in their villages than go into the camps of urban slums that do not have enough food anyway.

At the donor conference in Oslo in February, international financial institutions, aid agencies, and humanitarian NGOs should have pushed further their analysis of the situation. The risks intrinsic to any intervention in armed conflicts are well-known.

The Lake Chad Region is no exception. By prioritizing the fight against terrorism (and trans-Saharan migration), there is a chance that the international community aligns its humanitarian commitments with military requirements rather than with the needs of the population.

This confines foreign aid to the function of a social auxiliary in order to win the hearts and minds of civilians. In the context of corrupt regimes (and very authoritarian governments in the case of Cameroon and Chad), there is also the risk of reinforcing social inequalities and perpetuating conflicts by stigmatizing the poor, especially students of Qur’anic schools, or by providing help to victims of terrorism only, but not to victims of security forces.

Finally, donors might encourage military immunity. To win the Nigerian elections in 2015, President Muhammadu Buhari emphasized his capacity to fight Boko Haram. Today, his government claims to have crushed the group and calls for the international community to help reconstructing the region. The Governor of Borno State has even announced the closure of camps for displaced people by May 2017.

Assuming that Boko Haram is on the brink of extinction in the swamps of Lake Chad, why then does the population continue to suffer from malnutrition? Is this not precisely because of reasons that were not mentioned in Oslo?